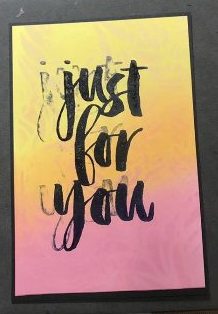 First off, let me apologise for not adding any posts for a while. I have had my head in my latest book, and have only made two cards in the last two weeks. 🙁  Very unlike me.

The good news is, the first draft is finished. Now comes the editing.

That’s when disaster struck. I dropped the wood block stamp onto the background after stamping it! I was devastated. All that work (a good half hour), only to ruin it by dropping the stamp.

I sat on it (and some could say I sulked a bit 🙂 ) then decided to take another look at it. There was no way I was going to let that beautiful background go to waste.

So I added a black die cut. I was originally going to use a white (heat embossed) greeting, but instead sponged a piece of cardstock using the same pink as the background. I added the greeting – from STAMPlorations – then added some leaves, as well as the flowers, which are also from STAMPlorations.

Lastly, I added Stickles to the centre of the flowers, and a bit of sparkle to the rest of each flower using my new Nuvo Glitter Gloss pen, which is similar to Wink of Stella, but in my opinion has way more sparkle to it.

Below is the final card. I somehow managed to cover up every bit of black ink. 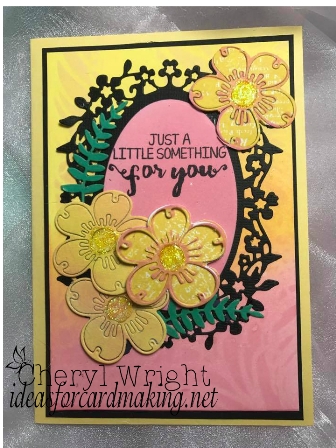 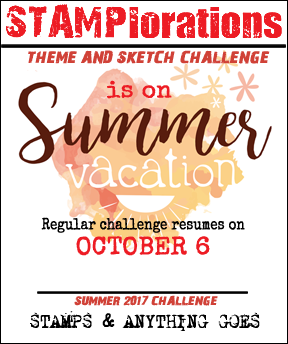 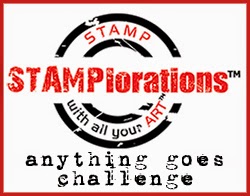 2 thoughts on “Turn a Mistake into a Card”