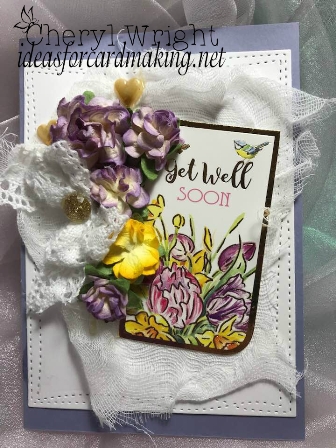 It seems like forever since I’ve posted, and to be honest, it has been.

I’ve had to deal with a number of factors. One being the site was hacked, and it’s taken ages for my provider to sort it out for me. (Darn hackers!) My provider did a fabulous job, and I am very grateful to them.

The second is that I’ve been working on my latest book, Jason (River Valley Lawmen – Book Two).

I was pushing myself to get this book done and dusted before June 13th, as I am going to hospital on that day (tomorrow!) for a total knee replacement. Being the second book in the series, I felt it important to have it published before I went. Otherwise, one book does not make a series!

I also made the difficult decision to resign from the Mix It Up Challenge design team. With my upcoming surgery and then recovery (including one week in hospital, and two weeks in rehab), I knew it was going to prove difficult to keep up with my commitment.

I loved being on that team, as it challenged me to learn new techniques. But sometime you have to make difficult decisions.

Okay, onto this card!

The flowershop I supply was in need of some get well cards, and this is one of those I made. It was incredibly simple, and used mostly products in my stash.

The base is (I believe) Wisteria Wonder from SU. I then took white cardstock and cut with a ‘wonky’ stitched die, and adhered that to the base.

I cut some cheesecloth and adhered that to the white card, then added the greeting die cut. This is from an old Hunky Dory set.

Once I had that glued down, I then took some yellow and soft purple flowers, adding them along the sides of the greeting. I used a hot glue gun to adhere those. I also took some white cotton lace and made a bow, and added that to the side of the flowers.

As there was gold in the greeting die cut, I found a gold stick-on from Kaisercraft (similar to a pearl) and also adhered with the glue gun.

After rummaging through my stash, I found a packet of these lovely hearts that are on pins. Using the glue gun again, I ran a bit of glue down the pin part, and pushed them into place.

And that was it. All done.

p.s. I will endeavour to schedule some posts while I’m away, but not sure how I will go.

p.s.s. Due to new laws, I have to advise that you have signed up to my newsletter voluntarily, and if you no longer want to receive it, you should unsubscribe. (Sorry, legal requirement. Once only.)

2 thoughts on “Get Well Card”