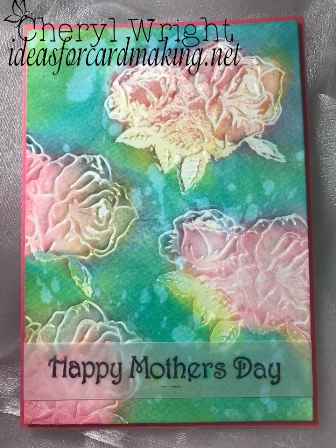 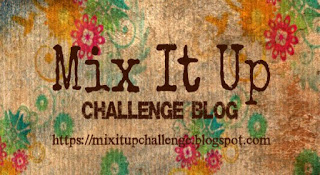 I am very late with this due to my husband’s heart attack, but better late than never.  (He is doing well, for those who are interested. Better than well – I can’t keep him down!)

This month’s challenge is bleaching. I decided to do something different to your everyday bleaching using regular bleach, so went looking on YouTube. There were a ton, but the one I chose was from Christina Griffiths from Card Making Magic. You can see the video here.

I did my card a little different. I started with watercolour paper, then using the “Roses” hot foil die from Poppy Crafts, I foiled it using clear foil. (I found it really hard to tell what was the top!) I moved it around the paper to have several roses. I then used distress oxides all over, sponging in a variety of colours.

Using an aqua pen, I “painted” over the roses, then blotted them with paper towel, removing some of the colour. What I tried to do was removed just enough to give each flower some highlights. I *think* I’ve achieved that.

After I’d finished, I felt it needed something more, so did some water splashes, again blotting with paper towel.

I then dried it using my heat gun.

Last of all I added the sentiment on vellum, and wrapped it around the back. I added some foam tape to give it some dimension, then added the topper to a matching card base.

And that was it. Done.

It’s not too late to join in the challenge, as it runs until the end of the month. I hope to see you there!