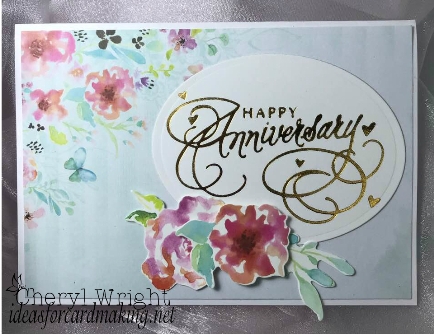 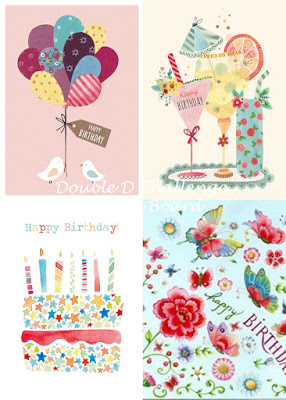 Double D have a new challenge running, and it’s Anything Birthday/Anniversary Goes.

Since I recently bought a new Anniversary Hot Foil Stamp Die to use with my Go Press and Foil machine, I decided to make my card an Anniversary card.

This was a very quick and simple card.

I started with a white cardbase, then added some design paper from Kaisercraft called Wild Flowers. I’m pretty sure this is now obsolete as I’ve had it for a few months.

I adhered the dsp onto the cardbase, then foiled my greeting onto some white cardstock using gold foil, and cut it out into an oval.

Once glued down, I added some flowers from the matching collectables set, which I added using foam squares.

That was literally it. Very simple, but I love the result.

Just a quick note to say hubby and I are off on our cruise in two days, but I will try to schedule some posts. We’ll be away for two weeks, and will be back on January 23rd.

If you don’t hear from me in the meantime, you’ll know I simply ran out of time.